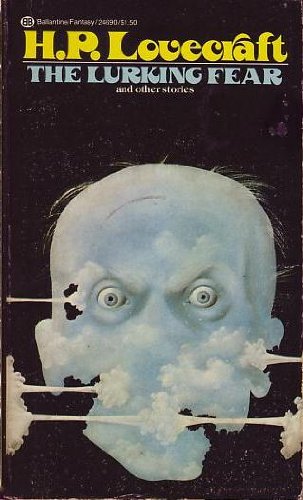 The Lurking Fear
by H.P. Lovecraft

Description:
This soul-chilling story by the master of horror will leave you shivering in your boots and afraid to go out in the night. Only H.P. Lovecraft can send your heart racing faster than it's ever gone before. And here is the story to prove it.

He
by H.P. Lovecraft - BooksFairy.com
The story tells of an unnamed narrator, who has moved from New England to New York City and greatly regretted it. One night, while wandering an older part of town, he happens upon a man strangely dressed in garments from the eighteenth century.
(8876 views)

The Haunter of the Dark
by H.P. Lovecraft - BooksFairy.com
H P Lovecraft is the most influential horror writer of the 20th century. His stories of occult and cosmic terror have drawn praise from William S. Burroughs and Jorge Luis Borges, and continue to inspire new generations of writers and artists.
(12783 views)

The Whisperer in Darkness
by H.P. Lovecraft
A university professor is contacted by a farmer living in a remote part of Vermont, who claims to have evidence of aliens living in the hills. After visiting, the professor becomes alarmed at the mysterious change in the behavior of the farmer...
(5610 views)

The Case of Charles Dexter Ward
by H.P. Lovecraft - Weird Tales
This book remains the only full-length work by HP Lovecraft, the master of 20th century horror. Evil spirits are being resurrected from beyond the grave, a supernatural force so twisted that it kills without offering the mercy of death!
(8792 views)