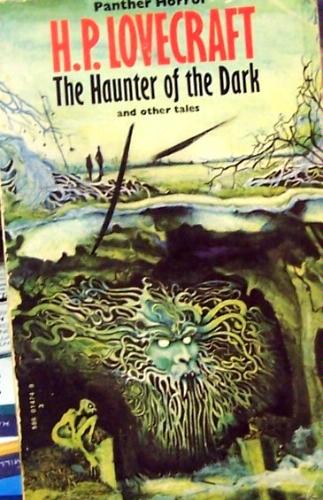 The Haunter of the Dark
by H.P. Lovecraft

Description:
H P Lovecraft (1890-1937) is the most influential horror writer of the 20th century. His stories of occult and cosmic terror have drawn praise from William S. Burroughs, Angela Carter and Jorge Luis Borges and continue to inspire new generations of writers and artists.

The Shadow over Innsmouth
by H.P. Lovecraft
'The Shadow Over Innsmouth' is a short novel about a weird hybrid race of humans and creatures resembling a cross between a fish and a frog, which lives in the seaside village of Innsmouth. A dark, brooding story, typical of Lovecraft at his best.
(7543 views)

At the Mountains of Madness
by H.P. Lovecraft - ManyBooks
On an expedition to Antarctica, Professor Dyer and his colleagues discover the remains of ancient life-forms. Through a series of dark revelations, violent episodes, and misunderstandings, the group learns of Earth's secret history and legacy.
(6953 views)

The Dunwich Horror
by H.P. Lovecraft - The Unique Magazine
Madness gave birth to twins ... one of them not quite there. A world where whipperwills are a cacophony of sounds, where vegetations are decaying and a mountain that has a monument older than the inhabitations of the local Native Americans.
(9002 views)