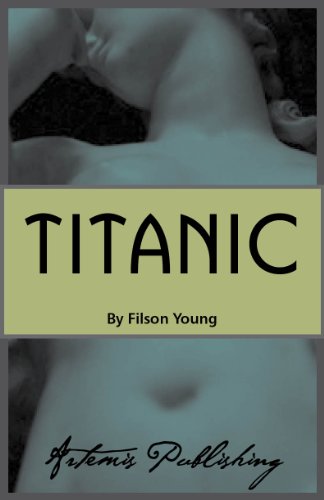 Description:
The symbols of Honour and Glory and Time that looked so handsome in the flooding sunlight of the Titanic's stairway lie crushed into unrecognizable shapes and splinters beneath the tonnage of two thousand fathoms of ocean water. Time is no more for the fifteen hundred souls who perished with them; but Honour and Glory, by strange ways and unlooked-for events, have come into their own.

War and Peace
by Leo Tolstoy - Project Gutenberg
Tolstoy's epic novel War and Peace is a study of 19th-century Russian society. Concerned with the histories of aristocratic families during the war against Napoleon, realistic details and psychological analysis. One of the greatest classic novels.
(15769 views)

The Princess Dehra
by John Reed Scott - Lippincott
For the first time the Castle of Lotzen was entertaining its lord. He had come suddenly, a month before, and presently there had followed rumors of strange happenings in Dornlitz, in which the Duke had been concerned to please the King ...
(7632 views)

The Story of the Champions of the Round Table
by Howard Pyle - ManyBooks
The book details the early adventures of Sir Launcelot, Sir Tristram, and Sir Percival. It is frought with adventure, chivalry, and Pyle's own version of Old English to go with it. Highly recommended for those interested in tales of the Round Table.
(5764 views)

School of Athens
by Archer McCormick - Smashwords
The grisly killing of an elderly school master is only the beginning of plot by a shadowy gang of thinkers to systematically murder off a rival group of rogue philosophers in this tale of power, lust, treachery, war and murder!
(7850 views)