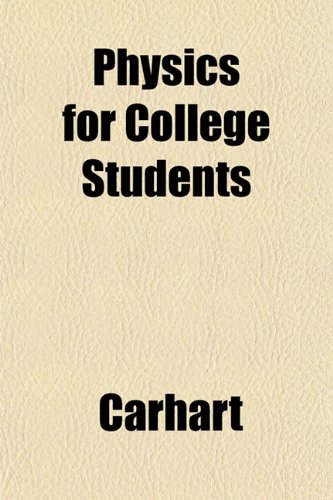 Problems and Questions in Physics
by C.P. Matthews, J.S. Shearer - The Macmillan Company
A numerical example in Physics serves a manifold purpose. It takes the mathematical expression of a physical law out of the realm of mere abstraction, by emphasizing the connection between such a law and the phenomena of daily observation.
(9860 views)

Text-Book of General Physics
by Joseph Sweetman Ames - Amer. Bk. Co
A textbook which states the theory of the subject in a clear and logical manner so that recitations can be held on it. Divided into sections: Mechanics and Properties of Matter, Heat, Vibrations and Waves, Sound, Light, Magnetism and Electricity.
(11124 views)