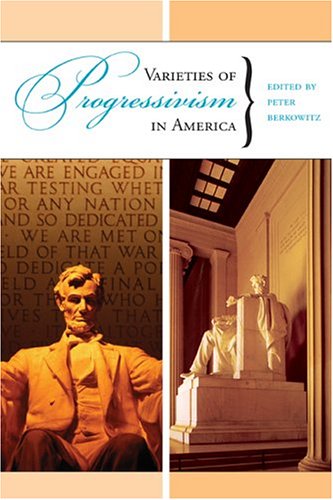 Varieties of Progressivism in America
by Peter Berkowitz

The Anti-Capitalistic Mentality
by Ludwig Von Mises - Libertarian Press
The author searches for the roots of the common anti-capitalist bias. What makes so many people unhappy in the private property order? In such a system, the failures need a scapegoat. People whose ambitions have not been satisfied blame the system.
(14307 views)

Data Analysis for Politics and Policy
by Edward R. Tufte - Prentice Hall
A great book for the beginning data analyst and a must for political science graduate students. It is a clear introduction to the use of regression analysis. Edward Tufte was a political scientist of the first order and a teacher par excellence.
(7606 views)

The Dropping of the Atomic Bomb: Truman's True Intentions
by Dominick Abel Severance - Christendom College
Truman’s true intention was to use the destruction of a Japanese city to shock the world and manipulate the horror and destructive power of the bomb to create fear in the international community to ensure the security of American political interests.
(13416 views)

America at Century's End
by Alan Wolfe - University of California Press
This book presents twenty-two sociological essays which form a surprising portrait of America in the throes of change. Michael Schudson's chapter on the media and Bart Landry's piece on racism provide the high points of the collection.
(11336 views)