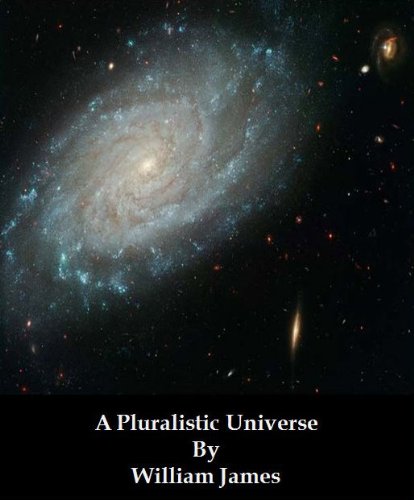 A Pluralistic Universe
by William James

Description:
Hibbert Lectures at Manchester College on the Present Situation in Philosophy. Contents: The Types of Philosophic Thinking; Monistic Idealism; Hegel and his Method; Concerning Fechner; The Compounding of Consciousness; Bergson and his Critique of Intellectualism; and The Continuity of Experience.

The Greek Philosophers
by Alfred William Benn - Kegan Paul, Trench, & co.
The appearance of a new idea can only be made intelligible by tracing the previous tendencies. The history of philosophy has itself a philosophy which requires that we go beyond particular phenomena and view them as related parts of a single system.
(3674 views)

Initiation into Philosophy
by Emile Faguet - G. P. Putnam's sons
A fantastic look at the whole history of Philosophy from ancient times up to the beginnings of modern thinking. Covers all the major philosophers and philosophical theories, as well as the historical interplay between religion and philosophy.
(819 views)

Interpreting Philosophy: The Elements of Philosophical Hermeneutics
by Nicholas Rescher - Ontos Verlag
Philosophers are too busy doing philosophy to take time to stand back and consider how the project itself works. This is a good reason for philosophical hermeneutics, reflecting on the issue of how philosophical texts are to be interpreted.
(3504 views)

Jean Paul Sartre's Being and Nothingness: Class Notes
by Paul Vincent Spade
This is a set of class notes for a graduate-level course the author taught on Sartre's early philosophy. The main work was Being and Nothingness, but we also discussed Husserl's The Idea of Phenomenology and other works along the way.
(9006 views)