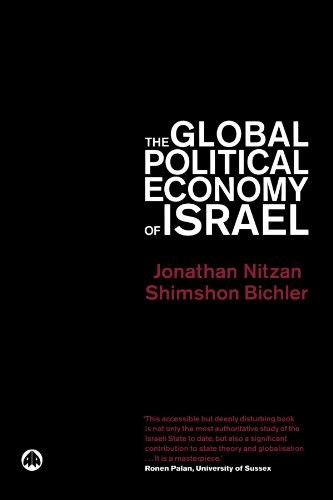 Description:
Diverse processes - such as global accumulation cycles, regional conflicts and energy crises, ruling class formation and dominant ideology, militarism and dependency, inflation and recession, the politics of high-technology and the transnationalisation of ownership - are all woven into a single story. The result is a fascinating account of one of the world's most volatile regions, and a new way of understanding the global political economy.

China: Linking Markets for Growth
by Ross Garnaut, Ligang Song - Anu E Press
China’s prosperity is at the core of the emerging Platinum Age of global economic growth. This volume gathers together leading scholars on China’s economic success and its effect on the world economy into the next few decades.
(16249 views)

The Bubble That Broke the World
by Garet Garrett - Ludwig von Mises Institute
This book blows away the conventional interpretations of the crash of 1929, not only in its contents but that this book exists at all. It ascribes the crash to the pile of up debt, which in turn was made possible by the Fed printing machine.
(9703 views)

America's Great Depression
by Murray N. Rothbard - Ludwig Von Mises Institute
A staple of modern economic literature, crucial for understanding a pivotal event in American and world history. It is the definitive treatment of the causes of the depression. The book remains canonical today because the debate is still very alive.
(10301 views)

Determinants of Financial Development
by Yongfu Huang - Palgrave Macmillan
This book investigates the political, economic, policy and geographic determinants of the development of financial markets. The volume examines the causality between financial development and aggregate private investment from an economic perspective.
(5551 views)