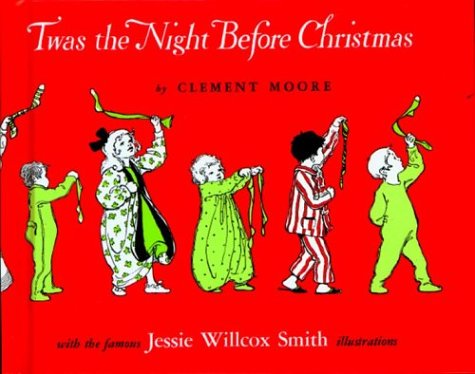 Twas the Night before Christmas
by Clement Clarke Moore

Description:
'Twas the Night Before Christmas has been in print for more than eighty years, and this version of the beloved poem with classic illustrations has become as much a part of Christmas as Santa Claus. A Christmas present for kids.

Sylvie and Bruno
by Lewis Carroll - Macmillan and co.
Novel for children by Lewis Carroll. The story operates on two parallel levels, one realistic and didactic, and the other dreamlike and fantastic. It includes elements of fairy tales, sentimental moralizing, and episodes espousing social reform.
(11492 views)

The Prince and the Pauper
by Mark Twain - James R. Osgood & Co.
With its mixing of high adventure, raucous comedy, and scathing social criticism, presented in a hilarious vernacular that only Mark Twain could fashion, the book remains one of this incomparable humorist's most popular and oft-dramatized tales.
(13535 views)

The Adventures of Tom Sawyer
by Mark Twain - The American Publishing Company
Tom Sawyer is in a series of adventures along the banks of the Mississippi, and he usually manages to come out on top. The novel raises some questions about identity, and about attitudes to class and race. This book engages readers of all ages.
(15579 views)