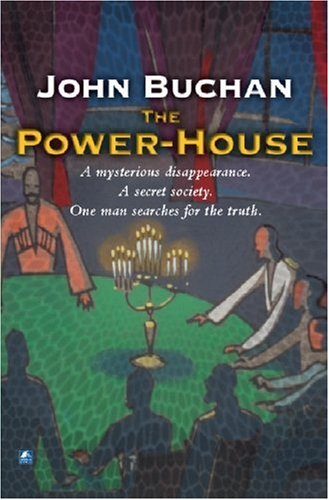 The Power-House
by John Buchan

Description:
When his friend Charles Pitt-Heron vanishes mysteriously, Sir Edward Leithen is at first only mildly concerned. But a series of strange events that follow Pitt-Heron's disappearance convince Leithen that he is dealing with a sinister secret society. Their codename is 'The Power-House'. The authorities are unable to act without evidence. As he gets deeper involved with the underworld, Leithen finds himself facing the enemy alone and in terrible danger.

Huntingtower
by John Buchan - Doran
Dickson McCunn has sold his business and taken early retirement. As soon as he ventures out to explore the world, he is swept out of his bourgeois rut into bizarre and outlandish adventures, and forced to become a reluctant hero ...
(2703 views)

Salute to Adventurers
by John Buchan - ManyBooks
A novel set during the beginning of the Jamestown Colony, a saga about one man's struggle to survive and even find love in a land beset by trade controls with England enforced by pirates, religious strife, harsh environmental conditions, and more.
(4514 views)

Greenmantle
by John Buchan
This is a classic tale of espionage and adventure. Richard Hannay travels across war-torn Europe on the trail of a German plot and an Islamic Messiah. He moves in disguise through Germany to the Russian border in order to face his enemies.
(10695 views)