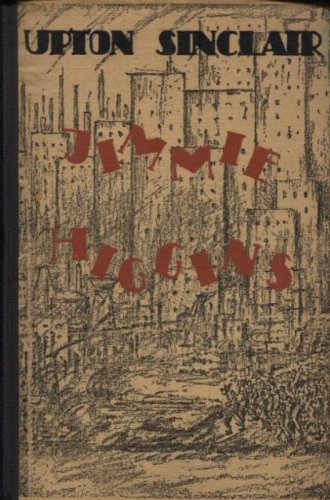 Description:
Jimmie Higgins is the fellow who does the hard work in the job of waking up the workers. Jimmie hates war -- all war -- and fights against it with heart and soul. But war comes, and Jimmie is drawn into it, whether he will or not. He has many adventures -- strikes, jails, munitions explosions, draft-boards, army-camps, submarines and battles.

Juggernaut
by George Cary Eggleston, Dolores Marboug - Fords, Howard & Hulbert
Edgar Braine was never so blithe in all his life as on the morning of his suicide. Years after, in the swirl of his extraordinary career, the memory of that June morning, and of the mood in which he greeted it, would rush upon him as a flood.
(7734 views)

Jacob the Unicorn
by Stephen Boyer
Jacob is a young man who is seeking his path in the world. He comes from an abusive upbringing and seeks to escape from his misfortunes. Much of the story is set in Jacob's internal world where he fantasizes the good life, unicorns, and love.
(8605 views)

The Unlit Lamp
by Radclyffe Hall - eBooks@Adelaide
The story of Joan Ogden, a young girl who dreams of setting up a flat in London with her friend Elizabeth (a so-called Boston marriage) and studying to become a doctor, but feels trapped by her manipulative mother's emotional dependence on her.
(5593 views)