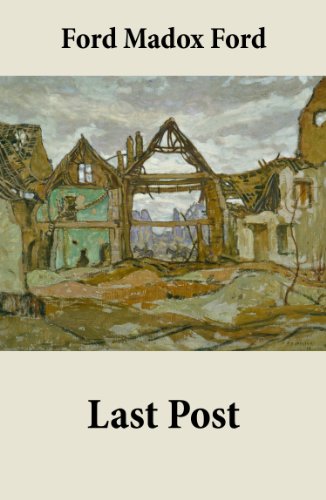 Description:
Last Post, the fourth and final volume of Parade's End, is set on a single post-war summer's day. Valentine Wannop and Christopher Tietjens share a cottage in Sussex with Tietjens' brother and sister-in-law. Through their differing perspectives, Ford explores the tensions between his characters in a changing world, haunted by the experience of war, facing an insecure future for themselves and for England.

Shirley
by Charlotte Bronte - Harper
Set during the Napoleonic wars, Shirley is a passionate depiction of conflict among classes, sexes, and generations. Struggling manufacturer Robert Moore considers marriage to the wealthy Shirley Keeldar, yet his heart lies with Caroline ...
(7343 views)

You Can't Go Home Again
by Thomas Wolfe - Harper & Brothers
A twentieth-century classic, Wolfe's magnificent novel is both the story of a young writer longing to make his mark upon the world and a sweeping portrait of America and Europe from the Great Depression through the years leading up to World War II.
(8614 views)

The Isle of Unrest
by Henry Seton Merriman - Smith, Elder & Co.
The afternoon sun was lowering towards a heavy bank of clouds hanging still over the Mediterranean. A mistral was blowing. The last rays shone fiercely upon the towering coast of Corsica, and the windows of the village of Olmeta glittered like gold.
(5258 views)