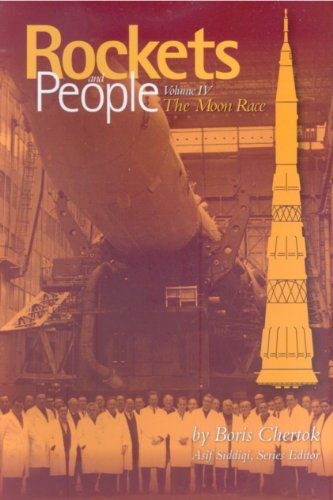 Description:
In this last volume of his four-volume set of memoirs, the famous Russian spacecraft designer Boris Chertok, who worked under the legendary Sergey Korolev, continues his fascinating narrative on the history of the Soviet space program, this time covering 1968 to 1974, the peak years of the Soviet human lunar program.

Hubble's Legacy
by Roger D. Launius, David DeVorkin - Smithsonian Institution Scholarly Press
The development and operation of the Hubble Space Telescope (HST) have resulted in many rich legacies, most particularly in science and technology -- but in culture as well. This book is meant to capture the history of this iconic instrument.
(4653 views)

Psychology of Space Exploration
by Douglas A. Vakoch - NASA
Contemporary research in historical perspective. This e-book explores some of the contributions of psychology to yesterday's great space race, today's orbiter and International Space Station missions, and tomorrow's journeys beyond Earth's orbit.
(9381 views)

Dressing for Altitude
by Dennis R. Jenkins - NASA
Anybody who has watched many movies or television shows has seen them -- the ubiquitous silver suits worn by pilots as they explore the unknown. They are called pressure suits, and one can trace their lineage to Wiley Post or, a bit earlier.
(5566 views)