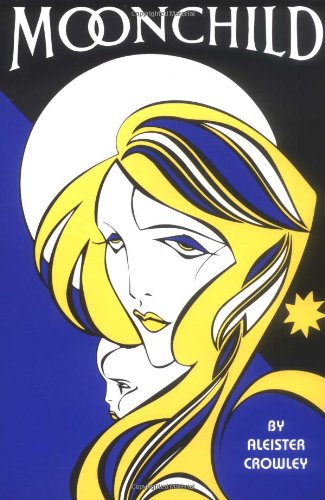 Description:
A year or so before the beginning of World War I, a young woman named Lisa la Giuffria is seduced by a white magician, Cyril Grey, and persuaded into helping him in a magical battle with a black magician and his black lodge. Grey is attempting to raise the level of his force by impregnating the girl with the soul of an ethereal being - the moonchild.

Demon Lord
by T C Southwell - Smashwords
Seven blue wards have imprisoned the Black Lord in the Underworld for aeons. Now he has stolen a human child and made him a mortal god. After eighteen years of torturous training, Bane sets forth to break the wards with aid of a dark army...
(4621 views)

Nina Kimberly the Merciless
by Christiana Ellis - Dragon Moon Press
She's on a mission to kill the man who loves her. Why? Because he's an idiot. Ten years ago, Nina was cheated out of the life of adventure that she truly deserves. Her father met his first and only defeat at the hands of, well... a gopher hole.
(7745 views)

Scary Mary
by S.A. Hunter - Lulu.com
Online novel for teens about a high school girl who hears ghosts. Mary begins her junior year of high school without high expectations. As the resident school freak, she'd just like to be left alone, but a new student tries to befriend her.
(11958 views)

Reaper: Angel of Death
by G.P. Burdon - Smashwords
Darius, a human who lived as a slave until his untimely death allowed him to become a Reaper, discovers another Reaper is consuming the souls of innocent humans to gain power. Darius must thwart this rogue to restore humanity.
(6244 views)