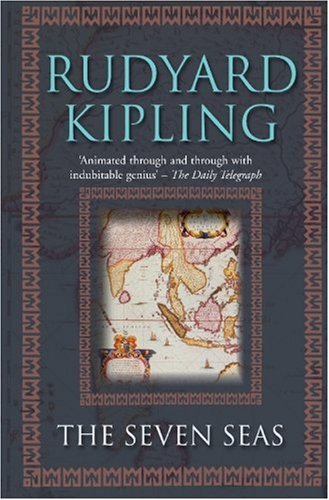 The Seven Seas
by Rudyard Kipling

Description:
The Seven Seas is a bitter, disillusioned series of poems centred on Britain's role in colonialism and Empire building. With reverberating lyrics and powerful imagery, Kipling writes of the ruthless means that were often employed to add nations to the glorious Empire, and the subsequent effects upon these colonised nations. Though disturbing and unsettling in theme, Kipling's lyrical dexterity makes these poems strangely compelling reading.

Kim
by Rudyard Kipling
Rudyard Kipling has been attacked for championing British imperialism and celebrated for satirizing it. Nowhere does he express his own ambivalence more strongly than in Kim, his rousing adventure novel of a young man of many allegiances.
(8319 views)

Plain Tales from the Hills
by Rudyard Kipling
Set principally in Shimla, the summer capital of the Raj, Kipling's stories on the manners and mores of British settlers in India are well observed and masterful character studies. The best account of the nature of the Victorian Raj ever written.
(6833 views)

Under the Deodars
by Rudyard Kipling - Greenock
This is the history of a failure; but the woman who failed said that it might be an instructive tale to put into print for the benefit of the younger generation. The younger generation does not want instruction, being perfectly willing to instruct...
(5222 views)