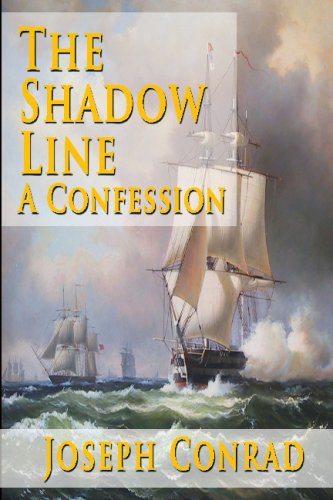 The Shadow Line: A Confession
by Joseph Conrad

Description:
The Shadow Line is a novel by Joseph Conrad, one of his later works, being published in 1917. The story depicts the development of a young man upon taking a boat captaincy in the Orient, with the shadow-line of the title representing the threshold of this development.

Typhoon
by Joseph Conrad - G. P. Putnam's Sons
A story of a steamship and her crew beset by a tempest, a masterpiece of descriptive virtuosity and moral irony. Conrad is quite simply the master of all who try to reflect the world of the sea in the mirror of the written word...
(4162 views)

Lord Jim: a romance
by Joseph Conrad - Doubleday
A story of a young, idealistic Englishman who is disgraced by a single act of cowardice while serving as an officer on a merchant-ship sailing from an eastern port. His life is ruined: an isolated scandal has assumed horrifying proportions.
(7705 views)

A Smile of Fortune
by Joseph Conrad
Embarking in the tropics, a ship's captain makes the instant acquaintance of a seemingly genial Mr. Jacobus and his irritable brother. The Smile of Fortune is a masterly tale of misplaced loyalty, family feuds, and illicit bargaining.
(5057 views)