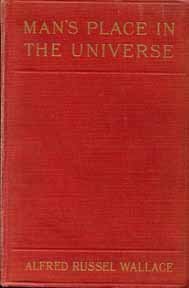 Man's Place in the Universe
by Alfred R. Wallace

The Search for Extraterrestrial Intelligence, SETI
by Philip Morrison, John Billingham, John Wolfe - NASA
In the late twentieth century, scientists converged upon the basic idea of scanning the sky and 'listening' for non-random patterns of electromagnetic emissions in order to detect another possible civilization somewhere else in the universe.
(3301 views)

The Astrobiology Primer: An Outline of General Knowledge
by Lucas J. Mix, at al. - arXiv
Astrobiology aims to understand the fundamental nature of life on earth and the possibility of life elsewhere. This text has been created as a reference tool for those who are interested in this interdisciplinary field of astrobiology.
(11693 views)

Habitable Planets for Man
by Stephen H. Dole - RAND Corporation
The book examines and estimates the probabilities of finding planets habitable to man and where they might be found. The author presents in detail the characteristics of a planet that can provide an acceptable environment for humankind.
(10166 views)

From Chaos to Consciousness: A Brief History of the Universe
by Mike Corwin - Bookboon
A textbook intended for a one-semester course in Astronomy. After introductory chapters on the history of astronomy, it is narrowly focused on material directly and chronologically related to the eventual rise of conscious beings in the universe.
(5649 views)