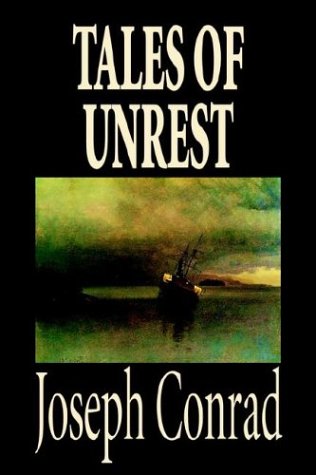 Tales of Unrest
by Joseph Conrad

Description:
In these tales, people are put under heavy mental stress by fatal accidents, hostile environments or insoluble doubts. Their reactions become uncontrollable. These short stories give a good picture of Joseph Conrad's themes ...

Nostromo
by Joseph Conrad - New York Harper
Exciting tale of love, politics and revolution, set in a South American country during the 1890s. Nostromo is a monument to futility, it reveals how honor, loyalty, and idealism are inadequate defenses against the assault of evil and corruption.
(9561 views)

Under Western Eyes
by Joseph Conrad - Methuen & Co.
A century after its publication, Under Western Eyes is as compelling and as relevant to our own age as it was to an earlier age of political terrorism. The depth of the characters and the moral power of the storyline make this a must read for all.
(4266 views)

The Rescue: A Romance of the Shallows
by Joseph Conrad - J. M. Dent
Captain Tom Lingard comes to the rescue of an English yacht that has foundered in the shallows just as war is about to break out between Malay tribes. Tom has war supplies including gunpowder stored in his own boat that has been turned into a fort.
(7514 views)

The Shadow Line: A Confession
by Joseph Conrad - Doubleday, Page & Co
A novel by Joseph Conrad, one of his later works, being published in 1917. The story depicts the development of a young man upon taking a boat captaincy in the Orient, with the shadow-line of the title representing the threshold of this development.
(7388 views)