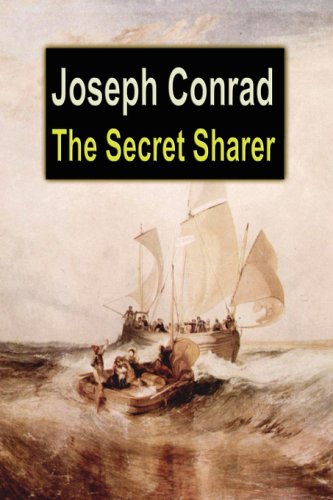 The Secret Sharer
by Joseph Conrad

Description:
The Secret Sharer is a popular early 20th century novel written by author Joseph Conrad. The story taking place at sea, is told from the perspective of a young sea captain. Not knowing his crew ahead of time except for the previous night, he struggles to see if he can life up to the authority role that is a must among captains.

The Secret Agent
by Joseph Conrad - B. Tauchnitz
A group of revolutionaries in 19th-century London plot the destruction of the Greenwich Observatory in this 1907 masterpiece of suspense. The tale centers on a man whose double life encompasses a family circle and friendships with anarchists.
(13534 views)

An Outcast of the Islands
by Joseph Conrad
Conrad's second novel is a tale of intrigue in an eastern setting. A parable of human frailty, with love and death the major players, this is a story of a man unable to understand others and fated never to possess his own soul.
(6280 views)

The Rover
by Joseph Conrad - The Ryerson Press
The story is about Peyrol's attempt at withdrawal from an action- and blood-filled life; his involvement with the pariahs of Escampobar; the struggle for his identity and allegiance, which is resolved in his last voyage. A historical Romance.
(6790 views)

Tales of Unrest
by Joseph Conrad - E. Nash & Grayson
In these tales, people are put under heavy mental stress by fatal accidents, hostile environments or insoluble doubts. Their reactions become uncontrollable. These short stories give a good picture of Joseph Conrad's themes ...
(4815 views)