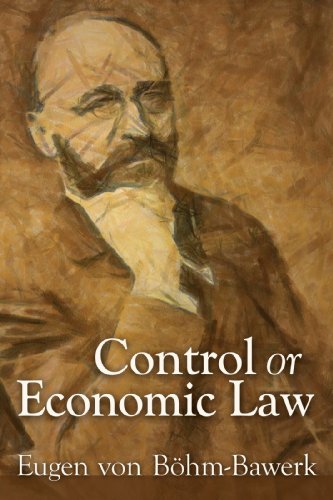 Description:
Gets to the heart of the matter regarding the application of economics to politics. Either we let economic law run its course, or we destroy the engine of prosperity. We must defer to economic law or we make matters worse by attempting to control society.

The Causes of the Economic Crisis
by Ludwig von Mises - Ludwig von Mises Institute
The author presents his business cycle theory, applies it to the prevailing conditions, and discusses the policies that governments undertake that make recessions worse. He recommends a monetary reform that would provide a sustainable prosperity.
(14379 views)

The Decline of American Capitalism
by Lewis Corey - Covici, Friede
The depression which set in after 1929 was the worst economic disaster in American history. It was aggravated by the acute world crisis, a major catastrophe of capitalism. The revival, because of its speculative character, did not lead to recovery.
(10204 views)

How To Save Jobs
by David Gewirtz - ZATZ Publishing
A disturbing look into how changes worldwide have created enormous disruption in the very nature of jobs in America. Ideas and innovative approaches for policy change that could make a real difference and help save and create jobs in America.
(8000 views)