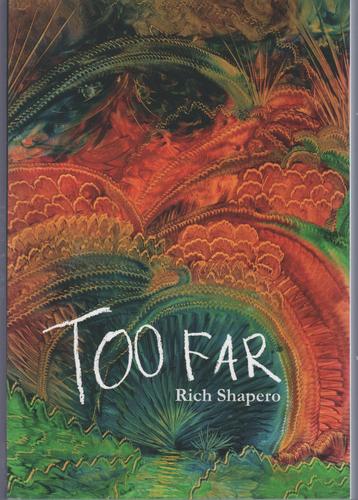 Too Far
by Rich Shapero

Description:
Rich Shapero's TOO FAR follows a pair of ultra-imaginative six-year-olds, Robbie and Fristeen, through a transformative summer spent exploring the woods behind their remote Alaskan homes. As their family lives become increasingly unstable, the children travel deeper and farther into their private world.

Back(stabbed) In Brooklyn
by Lenox Parker - Feedbooks
Howard found success once he left Brooklyn, but at a cost that he may regret. When he seizes an opportunity to turn his career around by writing a memoir using their stories, he doesn't heed the risks of getting involved with the old gang again.
(5762 views)

The Bog Monster of Booker Creek
by Wayne V. Miller
In an extended letter to his son ten years in the future, John Densch chronicles how he and his family slid into a media circus, one in which a middle-school science project became a national joke. The joke takes an ominous turn.
(6080 views)

The Darkened Corner
by Tom Hamilton - Smashwords
A hard drinking conman longs for the gorgeous wife of his cousin. But dread, fear and trepidation dog his every move. Part narrative, part biography, part horror fiction, this novel spans two decades in the miserable life of a struggling soul.
(6191 views)

The Variant Effect
by G. Wells Taylor - skineaters.com
The old furrier building was the perfect place to find a body, and Joe Borland knew they wouldn't have dragged him out of retirement to see it if something hadn't eaten its skin. It's been twenty years since Borland battled the Variant Effect.
(6922 views)