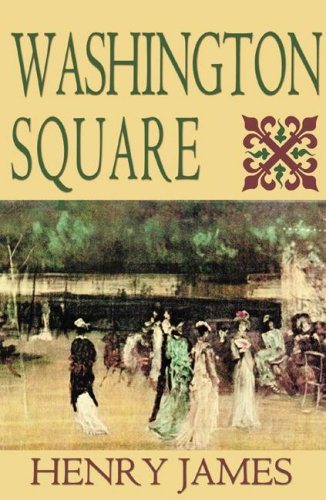 Description:
Washington Square is a searing portrait of selfishness, cruelty and manipulation that brings a radically new psychological depth to the traditional 19th century novel of manners. A story of hidden emotions, fear of breaking conventions, and hypocrisy resulting from those conventions.

Roderick Hudson
by Henry James
Roderick Hudson is the story of the conflict between art and the passions; the title character is an American sculptor in Italy. Faltering in both his artistic ambitions and his personal relationships, he travels to Switzerland and dies there.
(8029 views)

A Round of Visits
by Henry James - The Ladder
Mark Monteith, returned to New York in March to handle the aftermath of his trusted friend's absconding with his, and many others', money, can find no sympathetic ear but one. And a very strange and tragic one it turns out to be.
(5755 views)

The Europeans
by Henry James - Macmillan Publishers
Eugenia, an expatriated American, is the morganatic wife of a German prince, who is about to reject her in favor of a state marriage. She travels to Boston to visit relatives she has never before seen, in hopes of making a wealthy marriage.
(12532 views)

The Altar of the Dead
by Henry James - Project Gutenberg
A fable of life and death significance which explores what happens when a man tries to keep the remembrance of his dead friends, to save them from being forgotten entirely in the rush of everyday events. He meets a woman who shares his ideals.
(9489 views)