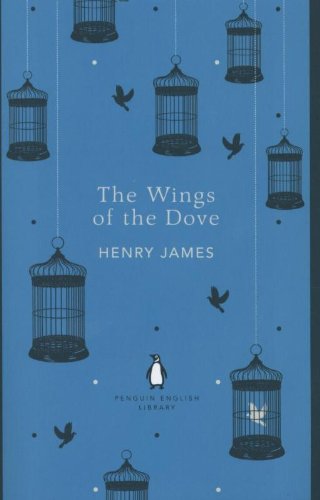 The Wings of the Dove
by Henry James

Description:
A brilliant and sophisticated satire of manners and morals in the best Jamesian tradition. The Wings of the Dove is an indelible take on the tragic love triangle in which two poor yet ardent lovers seduce a dying woman in the hope that she will leave them her fortune.

The Tragic Muse
by Henry James - Macmillan and Co.
This wide, cheerful panorama of English life follows the fortunes of two would-be artists: Nick, who vacillates between a political career and his efforts to become a painter, and Miriam, an actress striving for artistic and commercial success.
(6753 views)

The Princess Casamassima
by Henry James - Macmillan
Hyacinth Robinson has grown up with a strong sense of beauty that heightens his acute sympathy for the inequalities that surround him. Drawn into a secret circle of radical politics he makes a rash vow to commit a violent act of terrorism.
(7160 views)

The Pupil
by Henry James - Le Roy Phillips
The tale of a young teacher hired by a 'housefull of bohemians that wanted tremendously to be Philistines'. He's quite taken with his pupil, a young man who returns the affection of his teacher and sees through his parent's social climbing ways.
(9039 views)