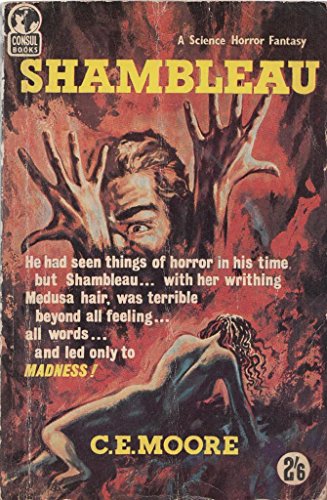 Description:
One of the strangest, and surely one of the most imaginative stories ever written, C.L. Moore's first novel 'Shambleau' was hailed by readers, authors, and editors as the debut of a truly gifted writer during the golden age of science fiction.

Fear
by L. Ron Hubbard - Gerard Arthus
Professor James Lowry doesn't believe in ghosts, the supernatural, the surreal, or any type of dark fantasy. Not until a gentle spring evening when his hat disappeared, and suddenly he couldn't remember the last four hours of his life.
(4825 views)

Virgin Planet
by Poul Anderson - The Galaxy Publishing Corporation
He is Davis Bertram, a space-explorer. But how can he convince them he really is a man? Their legends have built Men into gods. Trying to be worthy of the Coming, the women imitate masculine virtues. They are warlike, ambitious, ruthless.
(3499 views)

The Humanoids
by Jack Williamson - Gerard Arthus
A brilliant scientist creates the humanoids - sleek black androids programmed to serve humanity. But are they perfect servants - or perfect masters? Slowly the humanoids spread throughout the galaxy, threatening to stifle all human endeavor.
(4436 views)

The City in the Sea
by Wilson Tucker - Gerard Arthus
This is the story of an expedition, a strange and exciting expedition of one man and an army of women. He had come into the land of the women suddenly and without warning. Tall, bronzed, muscular, he stood out among their pale skins and meek spirits.
(3638 views)