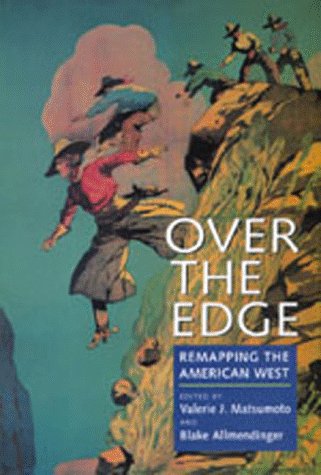 Over the Edge: Remapping the American West
by V. J. Matsumoto, B. Allmendinger

Description:
From the Gold Rush to rush hour, the history of the American West is fraught with diverse, subversive, and at times downright eccentric elements. This provocative volume challenges traditional readings of western history and literature, and redraws the boundaries of the American West with absorbing essays ranging widely on topics from tourism to immigration, from environmental battles to interethnic relations, and from law to film.

History in the Making: A History of the People of the United States of America to 1877
by Catherine Locks, et al. - UNG Press Books
This textbook examines U.S. History from before European Contact through Reconstruction, while focusing on the people and their history. It provides an emphasis on critical thinking about US History by providing several key features in each chapter.
(8659 views)

The Collected Works of Abraham Lincoln
by Abraham Lincoln - The Abraham Lincoln Association
Abraham Lincoln was the sixteenth President of the United States, serving from 1861 until his assassination. This immense collection includes Lincoln's speeches, letters, and telegrams. It provides a vivid picture of history as lived day-to-day.
(14678 views)

The American Story
by Garet Garrett - Henry Regnery Company
The real American story, from its beginning on the empty stage of a New World until now, is entirely improbable. Every attempt to account for it rationally leaves you with a feeling that something important has been left out.
(12491 views)