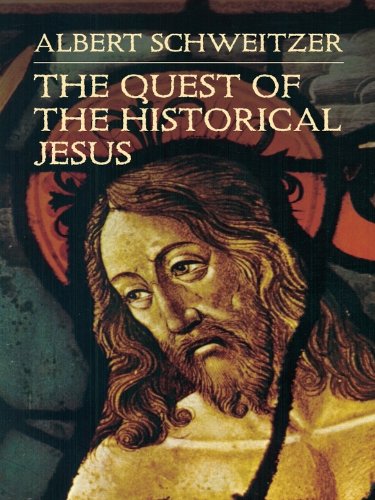 The Quest of the Historical Jesus
by Albert Schweitzer

Description:
Groundbreaking study that established the reputation of the famed theologian traces the search for the historical person of Jesus. Schweitzer examines works of more than fifty 18th- and 19th-century authors and scholars and concludes that many of the earlier historical reconstructions of Christ were largely fantasies.

The Christ Myth
by Arthur Drews - T. Fisher Unwin
Philosopher Arthur Drews exposes the Jesus of the gospels as a mythical character, arguing that no basis exists for seeking a historical figure behind the Christ myth. Drews shows that Christianity is a syncretism of various pagan and Jewish beliefs.
(5618 views)

The Early Christians: In Their Own Words
by Eberhard Arnold - Plough Publishing House
Not merely a volume of collected writings of Christians living in early church communities, this anthology is a reflection of a faith and a way of life aflame with unwavering devotion. A clear and vibrant faith lives in these writings.
(8627 views)

A Short History of Christianity
by J. M. Robertson - Watts & Co.
Robertson was an advocate of the Jesus-Myth theory, and he argued against the historicity of Jesus. According to Robertson, the character of Jesus in the New Testament developed from a Jewish cult of Joshua, whom he identifies as a solar deity.
(8004 views)