Information and Coding
by Karl Petersen - AMS , 2018
The aim is to review the many facets of information, coding, and cryptography, including their uses throughout history and their mathematical underpinnings. Prerequisites included high-school mathematics and willingness to deal with unfamiliar ideas.
(4581 views)

Error-Correction Coding and Decoding
by Martin Tomlinson, et al. - Springer , 2017
This book discusses both the theory and practical applications of self-correcting data, commonly known as error-correcting codes. The applications included demonstrate the importance of these codes in a wide range of everyday technologies.
(5518 views)

Information, Entropy and Their Geometric Structures
by Frederic Barbaresco, Ali Mohammad-Djafari - MDPI AG , 2015
The aim of this book is to provide an overview of current work addressing topics of research that explore the geometric structures of information and entropy. This survey will motivate readers to explore the emerging domain of Science of Information.
(6519 views)

Essential Coding Theory
by Venkatesan Guruswami, Atri Rudra, Madhu Sudan - University at Buffalo , 2014
Error-correcting codes are clever ways of representing data so that one can recover the original information even if parts of it are corrupted. The basic idea is to introduce redundancy so that the original information can be recovered ...
(7961 views)

A primer on information theory, with applications to neuroscience
by Felix Effenberger - arXiv , 2013
This chapter is supposed to give a short introduction to the fundamentals of information theory, especially suited for people having a less firm background in mathematics and probability theory. The focus will be on neuroscientific topics.
(7763 views)

Data Compression
- Wikibooks , 2011
Data compression is useful in some situations because 'compressed data' will save time (in reading and on transmission) and space if compared to the unencoded information it represent. In this book, we describe the decompressor first.
(8109 views)

From Classical to Quantum Shannon Theory
by Mark M. Wilde - arXiv , 2012
The aim of this book is to develop 'from the ground up' many of the major developments in quantum Shannon theory. We study quantum mechanics for quantum information theory, we give important unit protocols of teleportation, super-dense coding, etc.
(9709 views)

Algorithmic Information Theory
by Peter D. Gruenwald, Paul M.B. Vitanyi - CWI , 2007
We introduce algorithmic information theory, also known as the theory of Kolmogorov complexity. We explain this quantitative approach to defining information and discuss the extent to which Kolmogorov's and Shannon's theory have a common purpose.
(9314 views)

Quantum Information Theory
by Renato Renner - ETH Zurich , 2015
Processing of information is necessarily a physical process. It is not surprising that physics and the theory of information are inherently connected. Quantum information theory is a research area whose goal is to explore this connection.
(11116 views)

Quantum Information Theory
by Robert H. Schumann - arXiv , 2000
A short review of ideas in quantum information theory. Quantum mechanics is presented together with some useful tools for quantum mechanics of open systems. The treatment is pedagogical and suitable for beginning graduates in the field.
(15019 views)

A Short Course in Information Theory
by David J. C. MacKay - University of Cambridge , 1995
This text discusses the theorems of Claude Shannon, starting from the source coding theorem, and culminating in the noisy channel coding theorem. Along the way we will study simple examples of codes for data compression and error correction.
(12435 views)

Entropy and Information Theory
by Robert M. Gray - Springer , 2008
The book covers the theory of probabilistic information measures and application to coding theorems for information sources and noisy channels. This is an up-to-date treatment of traditional information theory emphasizing ergodic theory.
(15545 views)

Information Theory and Coding
by John Daugman - University of Cambridge , 2009
The aims of this course are to introduce the principles and applications of information theory. The course will study how information is measured in terms of probability and entropy, and the relationships among conditional and joint entropies; etc.
(21604 views)

Network Coding Theory
by Raymond Yeung, S-Y Li, N Cai - Now Publishers Inc , 2006
A tutorial on the basics of the theory of network coding. It presents network coding for the transmission from a single source node, and deals with the problem under the more general circumstances when there are multiple source nodes.
(15623 views)

A Mathematical Theory of Communication
by Claude Shannon , 1948
Shannon presents results previously found nowhere else, and today many professors refer to it as the best exposition on the subject of the mathematical limits on communication. It laid the modern foundations for what is now coined Information Theory.
(59062 views) 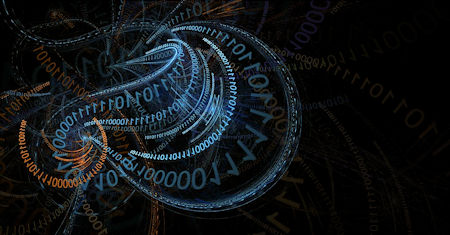