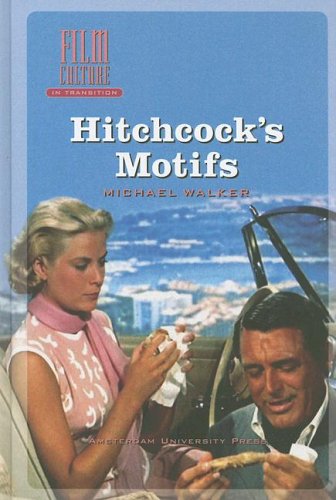 Description:
Starting from recurring objects, settings, character-types and events, Michael Walker tracks some forty motifs, themes and clusters across the whole of Hitchcock's oeuvre, including not only all his 52 extant feature films but also representative episodes from his TV series.

Memory and Popular Film
by Paul Grainge (ed.) - Manchester University Press
'Memory and popular film' uses memory as a specific framework for the cultural study of film. Taking Hollywood as its focus, this timely book provides a sustained, interdisciplinary perspective on memory and film from early cinema to the present.
(2873 views)

The Beatles on Film
by Roland Reiter - Transcript-Verlag
This book provides the production history and a contextual interpretation of The Beatles' movies (A Hard Day's Night, Help!, Yellow Submarine, Let It Be) and describes their ability to project the group's image at different stages in their career.
(4013 views)

Fairy Tale Films
by Pauline Greenhill, Sidney Eve Matrix - Utah State University Press
Here, scholars from film, folklore, and cultural studies move discussion beyond the well-known Disney movies to the many other filmic adaptations of fairy tales and to the widespread use of fairy tale tropes, themes, and motifs in cinema.
(2076 views)

European Cinema: Face to Face with Hollywood
by Thomas Elsaesser - Amsterdam University Press
In the face of renewed competition from Hollywood since the early 1980s, independent filmmaking in Europe has begun to re-invent itself. This book presents a broader framework for understanding the forces at work since the 1960s.
(2399 views)