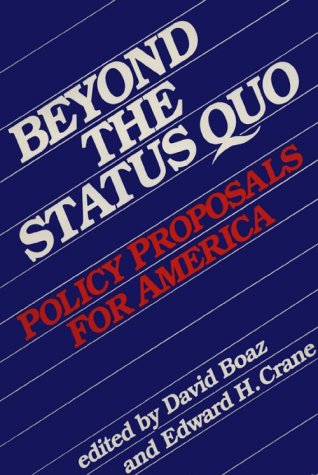 Description:
Thirteen prominent analysts step back from the day-to-day Washington debates to gain a broader perspective. They offer a wide range of proposals for moving public policy beyond the status quo. Authors discuss on a broad range of political and cultural issues.

Vote Your Ass Off
by Bradley Bright - Smashwords
This is a humorous, tongue-in-cheek, hard-hitting commentary of political facts delivered in a comedic viewpoint to the masses. Today we are fighting a war for freedom from those who want to form a bigger government to control more of our lives.
(11569 views)

Punishment: Theory and Practice
by Mark Tunick - University of California Press
What actions should be punished? Should plea-bargaining be allowed? How should sentencing be determined? In this original, penetrating study, Mark Tunick explores not only why society punishes wrongdoing, but also how it implements punishment.
(14201 views)

Barack Obama's Post-American Foreign Policy
by Robert Singh - Bloomsbury Academic
Singh argues that Obama's approach of 'strategic engagement' was appropriate for a new era of constrained internationalism, but it has yielded modest results. Obama's search for the pragmatic middle has cost him political support at home and abroad.
(5352 views)