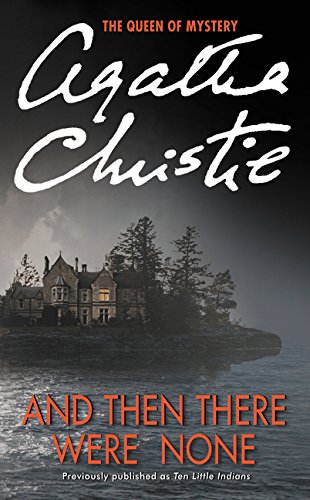 And Then There Were None
by Agatha Christie

Description:
First there were ten -- a curious assortment of strangers summoned as weekend guests to a private island off the coast of Devon. Their host, an eccentric millionaire unknown to all of them, is nowhere to be found. All that the guests have in common is a wicked past they're unwilling to reveal -- and a secret that will seal their fate. For each has been marked for murder. One by one they fall prey. Before the weekend is out, there will be none. And only the dead are above suspicion.

Murder in Steeple Martin
by Lesley Cookman - Smashwords
First in a series of British murder mysteries featuring retired actress and sleuth, Libby Sarjeant. Artist and ex-actress Libby is busy directing a play for the opening of a new theatre in her village when one of her cast is found murdered.
(6967 views)

A Dream of Death
by Harrison Drake - Smashwords
As a serial killer terrorizes the area surrounding London, Canada, Detective Lincoln Munroe finds himself at a standstill waiting for the perfect killer to make his first mistake. Lincoln is haunted by dreams of discovering skeletal remains ...
(7115 views)

The Rome Express
by Arthur Griffiths - Project Gutenberg
A mysterious murder on a flying express train, a wily Italian, a charming woman, a chivalrous Englishman, and a police force with a keen nose for the wrong clue, are the ingredients from which Griffiths concocted a detective story.
(7005 views)

Bicycle Shop Murder
by Robert Burton Robinson
Greg Tenorly is selected as a juror for a murder trial. By the end of the first week, three people connected with the case are dead, and Greg is beginning to fear for his own life. His investigation might earn him a spot at the top of the hit list.
(12329 views)