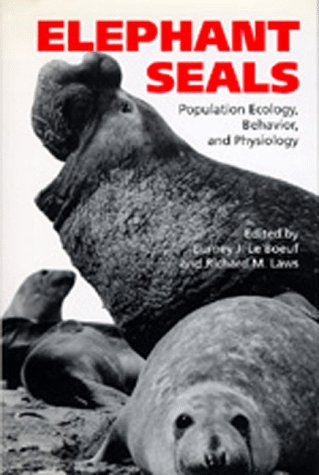 Description:
The largest of all seals, elephant seals rank among the most impressive of marine mammals. This first book-length discussion of elephant seals brings together worldwide expertise from scientists who describe and debate recent research, including the history and status of various populations, their life-history tactics, and other findings obtained with the help of modern microcomputer diving instruments attached to free-ranging seals.

The Life of Crustacea
by William Thomas Calman - Methuen & Co.
This book deals chiefly with the habits and modes of life of the Crustacea, and attempts to provide an account of some of the more important scientific problems suggested by a study of the living animals in relation to their environment.
(6735 views)

Gorillas and Chimpanzees
by R. L. Garner - Osgood, McIlvaine & Co
This book is the natural product of some years devoted to a study of the speech and habits of monkeys. It has led up to the special study of the great apes. The matter contained herein is chiefly a record of the facts tabulated during recent years.
(5074 views)

Meet the Invertebrates: Anemones, Octopuses, Spiders, Ants, and Others
by Katharine Rogers - Smashwords
The book reveals these apparently alien creatures to be fascinating animals dealing with the basic problems of living as all animals do. It explains how they work physiologically and describes their appearance, behavior, and perception of the world.
(7599 views)

Zoological Illustrations
by William Swainson - Project Gutenberg
We have two objects in view: the diffusion of original observations which would be interesting to the general reader; and that of discouraging the publication of figures copied from old authors, by accustoming the public eye to original designs.
(7382 views)