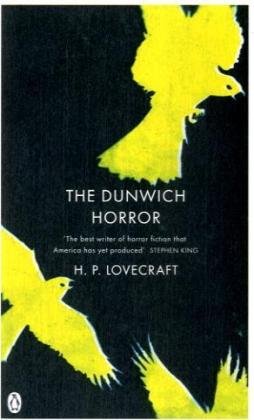 The Dunwich Horror
by H.P. Lovecraft

Description:
Madness gave birth to twins ... one of them not quite there. A family isolated from town and from this world. One twin try to bring the other in this world, and reading of the Necromicon. A world where whipperwills are a cacophony of sounds, where vegetations are decaying and a mountain that has a monument older than the inhabitations of the local Native Americans.

The Case of Charles Dexter Ward
by H.P. Lovecraft - Weird Tales
This book remains the only full-length work by HP Lovecraft, the master of 20th century horror. Evil spirits are being resurrected from beyond the grave, a supernatural force so twisted that it kills without offering the mercy of death!
(9088 views)

The Whisperer in Darkness
by H.P. Lovecraft
A university professor is contacted by a farmer living in a remote part of Vermont, who claims to have evidence of aliens living in the hills. After visiting, the professor becomes alarmed at the mysterious change in the behavior of the farmer...
(6045 views)