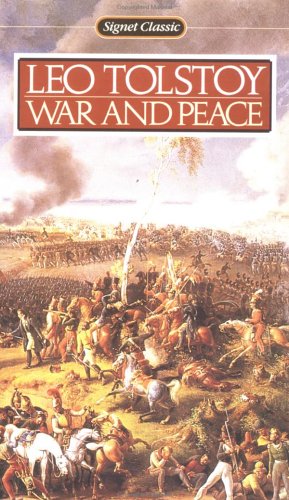 War and Peace
by Leo Tolstoy

Description:
Epic historical novel by Leo Tolstoy, originally published as Voyna i mir in 1865-69. This panoramic study of early 19th-century Russian society, noted for its mastery of realistic detail and variety of psychological analysis, is generally regarded as one of the world's greatest novels. War and Peace is primarily concerned with the histories of five aristocratic families--particularly the Bezukhovs, the Bolkonskys, and the Rostovs--the members of which are portrayed against a vivid background of Russian social life during the war against Napoleon (1805-14).

Napoleon and the Queen of Prussia
by L. Muhlbach - Project Gutenberg
Profound silence reigned in the valleys and gorges of Jena and Auerstadt. The battles were over. The victorious French had marched to Jena to repose for a few days, while the defeated Prussians had fled to Weimar, or were wandering across the fields.
(7186 views)

Direct Action: An Historical Novel
by Luke Hauser - GroundWork
More than 7000 people were arrested in nonviolent protests in California in 1980s, developing the art of direct action to a peak not reached again until Seattle in 1999, and in many ways never surpassed. Direct action is more than getting arrested.
(7795 views)

Dangerous Days
by Mary Roberts Rinehart - Feedbooks
The darkening storm of the first World War threatens to tear apart the lives of a group of friends. At the eye of the storm is Clayton Spencer, an ambitious businessman, who must risk everything to be with the woman he loves.
(6907 views)

Mutiny on the Bounty
by C. Nordhoff, J. N. Hall - Project Gutenberg Australia
A thrilling account of the tragic voyage of HMS Bounty in 1788, which culminated in Fletcher Christian's mutiny against Captain Bligh. One of the greatest novels of the sea, of the 18th century sailing ships and the men who sailed them.
(13152 views)