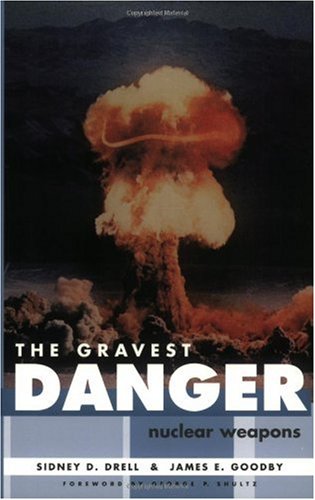 Description:
The authors review the main policy issues surrounding nonproliferation of nuclear weapons. They address the specific actions that the community of nations should take to confront and turn back the nuclear danger that imperils humanity. The nuclear genie, say the authors, cannot be put back in the bottle. Our most urgent task as a nation today is to successfully manage, contain, and reduce the grave danger of nuclear weapons.

A Search for Enemies: America's Alliances After the Cold War
by Ted Galen Carpenter - Cato Institute
The passing of the Cold War is the most important development of the late 20th century, yet the United States clings tenaciously to old policies. Ted Galen Carpenter offers a provocative critique of that status quo strategy ...
(2625 views)

Occupy: A People Yet To Come
by Andrew Conio (ed.) - Open Humanities Press
The term Occupy represents a belief in the transformation of the capitalist system through a new heterogenic world of protest and activism. This book examines how Occupy can be framed as a response to this as a movement based on new tactics.
(2426 views)

Turning Points in Ending the Cold War
by Kiron K. Skinner - Hoover Institution Press
The authors examine the end of detente and the new phase of the cold war in the 1980s, Reagan's radical new strategies, the peaceful revolutions in Poland and Hungary, the reunification of Germany, contributions of Gorbachev and Yeltsin, and more.
(12149 views)

Barack Obama's Post-American Foreign Policy
by Robert Singh - Bloomsbury Academic
Singh argues that Obama's approach of 'strategic engagement' was appropriate for a new era of constrained internationalism, but it has yielded modest results. Obama's search for the pragmatic middle has cost him political support at home and abroad.
(3550 views)