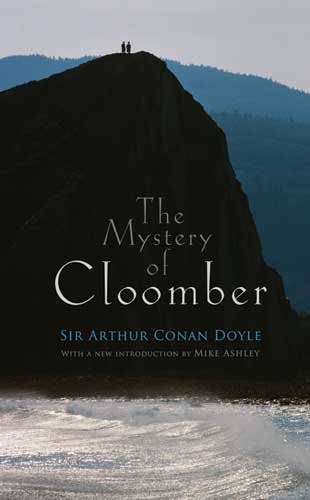 The Mystery of Cloomber
by Arthur Conan Doyle

Description:
What dark deed from the past put a lifelong curse on Major Heatherstone of Cloomber Hall? The master of detective fiction and creator of the Sherlock Holmes mysteries reveals his deep fascination with spiritualism and the paranormal in this gripping tale of mystery and the supernatural, set on the remote Scottish coast.

Dealings of Captain Sharkey and Other Tales of Pirates
by Arthur Conan Doyle - Project Gutenberg
When the wars of the Spanish Succession had been brought to an end, the vast number of privateers found their occupation gone. A few of the more reckless hoisted the Jolly Rodger at the mizzen, declaring a private war against the whole human race.
(7861 views)

The Disintegration Machine
by Arthur Conan Doyle - Feedbooks
Professor Challenger is arguing with people who are calling him on the telephone when his friend Malone enters and requests Challenger accompany him to inspect the discovery of Theodore Nemor, who invented a machine capable of disintegrating objects.
(5650 views)

The Sign of the Four
by Arthur Conan Doyle - Project Gutenberg
A classic of detective fiction and a forerunner of this now-ubiquitous genre. The story has everything - a beautiful damsel in distress, mysterious disappearances, a murder, a strange and lustrous pearl, a peculiar map, four desperate villains, ...
(10261 views)