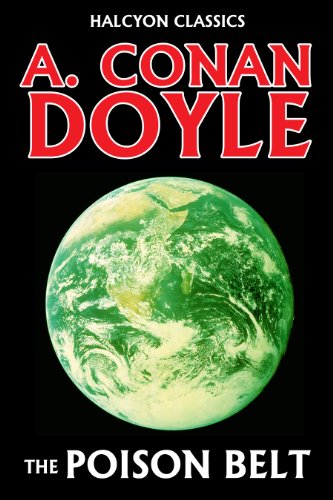 Description:
Professor Challenger, his wife, journalist Malone and adventurer Roxton have gathered with oxygen canisters to watch the final hours of the world. As a poisonous miasma apparently asphyxiates the human race, Malone feverishly writes his copy. More than just SF, this is Conan Doyle's post-First World War message of hope.

Star Maker
by William Olaf Stapledon - Feedbooks
A poetic and deeply philosophical work, the true classics of SF. The book challenges preconceived notions of intelligence and awareness, and ultimately argues for a broadened perspective that would free us from our inevitable anthropomorphism.
(10684 views)

A Princess of Mars
by Edgar Rice Burroughs - Grosset & Dunlap
This is a wonderful scientific romance, early science fiction melded with an epic dose of romantic adventure. A Princess of Mars is the adventure of John Carter, a Civil War veteran who unexpectedly find himself transplanted to the planet Mars.
(8759 views)

From the Earth to the Moon
by Jules Verne - Scribner, Armstrong
Written almost a century before the daring flights of the astronauts (first published in 1865), Jules Verne's prophetic novel of man's race to the stars is a classic adventure tale enlivened by broad satire and scientific acumen.
(16155 views)

The Wondersmith
by Fitz James O'Brien
O'Brien's work is often considered a forerunner of today's science fiction. The Wonder Smith is an early predecessor of robot rebellion, where toys possessed by evil spirits are transformed into living automatons who turns against their creators.
(6399 views)