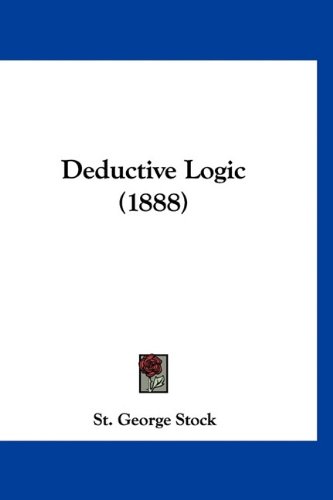 Description:
The author's object has been to produce a work which should be as thoroughly representative of the present state of the logic of the Oxford Schools as any of the textbooks of the past. The qualities which he aimed at before all others were clearness and consistency.

The Origin and Growth of Plato's Logic
by Wincenty Lutosawski - Longmans, Green and co.
In undertaking the investigations summarized in this volume, the author's chief aim was to explain the origin of Logic by a psychological study of the first logician. This required a knowledge of the chronology of Plato's writings.
(8461 views)

Proof Theory and Philosophy
by Greg Restall - consequently.org
A textbook in philosophical logic, accessible to someone who's done only an intro course in logic, covering some model theory and proof theory of propositional logic, and predicate logic. User-friendly and philosophically motivated presentation.
(11340 views)