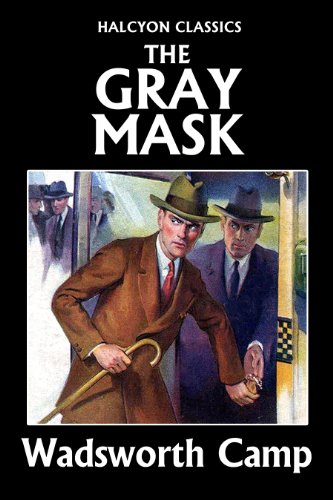 The Gray Mask
by Wadsworth Camp

Description:
Before Batman, The Green Hornet, or The Shadow, there was the Gray Mask! A thriller by Charles Wadsworth Camp, a reclusive American writer who served as a war correspondent during World War I, author of The Abandoned Room and Sinister Island.

The Five Arrows
by Allan Chase - ManyBooks
A story of high intrigue in South America, with the future of democracy on the continent the stake. The bombing of Pearl Harbor was still very much a topic of conversation; the submarine nets in the bay were joked about at the dinner table.
(6555 views)

A Passing Curse
by C. R. Trolson
Homicide detective Reese Tarrant leaves the LAPD under a cloud of suspicion that he murdered serial killer Richard Lamb, dubbed by the media as the Anaheim Vampire for draining the blood from 13 women. Reese drives up the coast to Santa Marina ...
(5432 views)

The Finding
by Nicky Charles - Feedbooks
She discovered a dark secret, witnessed a murder and fled into the night fearing for her life. Three years later, she is still hiding from her past, haunted by a dream lover and fighting to control a beast that seems to grow stronger each day.
(6865 views)