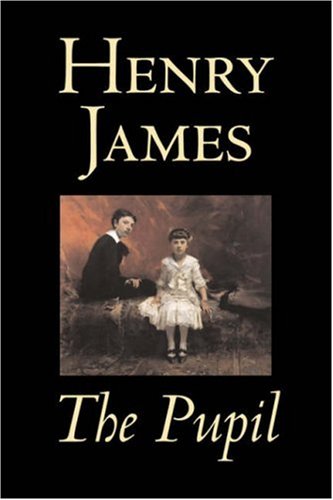 The Pupil
by Henry James

Description:
This story tells the tale of a young teacher hired by a 'housefull of bohemians that wanted tremendously to be Philistines'. He's quite taken with his pupil, a young man who returns the affection of his teacher and sees through his parent's social climbing ways.

Roderick Hudson
by Henry James
Roderick Hudson is the story of the conflict between art and the passions; the title character is an American sculptor in Italy. Faltering in both his artistic ambitions and his personal relationships, he travels to Switzerland and dies there.
(8006 views)

The Wings of the Dove
by Henry James - Charles Scribner's Sons
A brilliant and sophisticated satire of manners and morals. The Wings of the Dove is an indelible take on the tragic love triangle in which two poor yet ardent lovers seduce a dying woman in the hope that she will leave them her fortune.
(5213 views)

Washington Square
by Henry James - Harper & Brothers
A searing portrait of selfishness, cruelty and manipulation that brings a radically new psychological depth to the 19th century novel. A story of hidden emotions, fear of breaking conventions, and hypocrisy resulting from those conventions.
(5106 views)