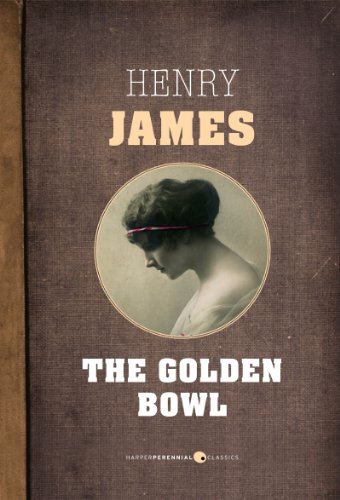 The Golden Bowl
by Henry James

Description:
With a focus on the consciousness of the four central characters, 'The Golden Bowl' by Henry James is an examination of relationships -- familial and romantic -- that explores adultery, jealousy, and the complexities of marriage.

The Reverberator
by Henry James - Macmillan
When pretty Francie Dosson gossips about her fiancee's family to a sleazy American newspaper reporter, anyone could have told her something terrible would come of it -- and of course, it did. There's a reason that paper is called The Reverberator.
(6453 views)

The Pupil
by Henry James - Le Roy Phillips
The tale of a young teacher hired by a 'housefull of bohemians that wanted tremendously to be Philistines'. He's quite taken with his pupil, a young man who returns the affection of his teacher and sees through his parent's social climbing ways.
(8834 views)

An International Episode
by Henry James - Harper & Brothers
In this short novel Henry James plays with a major issue of his personal life and of his time and place generally: the interaction between individuals from England and America around the turn of the 19th into the 20th century.
(6065 views)