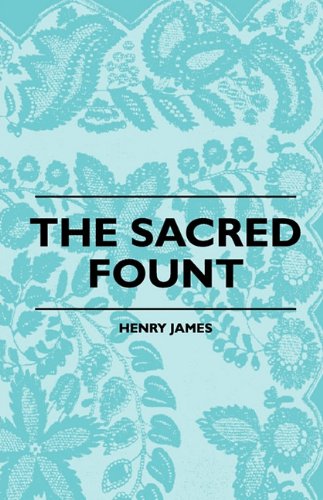 The Sacred Fount
by Henry James

Description:
James's 1901 novel is his only first-person narrative. The action is seen through the eyes of an unnamed narrator, a novelist attending a weekend party at an English estate. As the story progresses, the narrator begins to detect vast changes in his fellow guests as they begin taking on each other's personalities.

The Outcry
by Henry James - Methuen & Co.
The Outcry (1911) is James's last novel. He pokes fun at the upper crust in the form of both a wealthy American scouring England for art and a down-on-his-luck British lord looking to separate the Yank from as much of his cash as possible.
(4955 views)

The Europeans
by Henry James - Macmillan Publishers
Eugenia, an expatriated American, is the morganatic wife of a German prince, who is about to reject her in favor of a state marriage. She travels to Boston to visit relatives she has never before seen, in hopes of making a wealthy marriage.
(12623 views)

A Round of Visits
by Henry James - The Ladder
Mark Monteith, returned to New York in March to handle the aftermath of his trusted friend's absconding with his, and many others', money, can find no sympathetic ear but one. And a very strange and tragic one it turns out to be.
(5901 views)

The Princess Casamassima
by Henry James - Macmillan
Hyacinth Robinson has grown up with a strong sense of beauty that heightens his acute sympathy for the inequalities that surround him. Drawn into a secret circle of radical politics he makes a rash vow to commit a violent act of terrorism.
(7160 views)