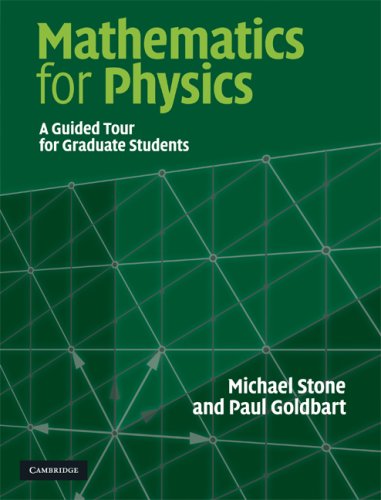 Description:
An engagingly-written account of mathematical tools and ideas, this book provides a graduate-level introduction to the mathematics used in research in physics. The first half of the book focuses on the traditional mathematical methods of physics - differential and integral equations, Fourier series and the calculus of variations. The second half contains an introduction to more advanced subjects, including differential geometry, topology and complex variables.

Special Functions and Their Symmetries: Postgraduate Course in Applied Analysis
by Vadim Kuznetsov, Vladimir Kisil - University of Leeds
This text presents fundamentals of special functions theory and its applications in partial differential equations of mathematical physics. The course covers topics in harmonic, classical and functional analysis, and combinatorics.
(13897 views)

Mathematical Methods of Physics
- Wikibooks
A book on common techniques of applied mathematics that are often used in theoretical physics. It may be accessible to anyone with beginning undergraduate training in mathematics and physics. It is useful for anyone wishing to study advanced Physics.
(9538 views)

Lie Theory and Special Functions
by Willard Miller - Academic Press
The book studies the role played by special function theory in the formalism of mathematical physics. It demonstrates that special functions which arise in mathematical models are dictated by symmetry groups admitted by the models.
(11757 views)

Solitons
by David Tong - University of Cambridge
These lectures cover aspects of solitons with focus on applications to the quantum dynamics of supersymmetric gauge theories and string theory. The lectures consist of four sections, each dealing with a different soliton.
(8253 views)