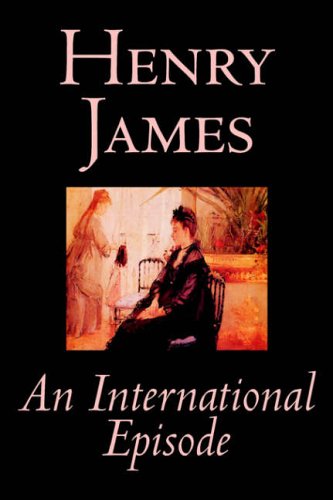 An International Episode
by Henry James

Description:
In this short novel Henry James plays with a major issue of his personal life and of his time and place generally: the interaction between individuals from England and America around the turn of the 19th into the 20th century.

The Wings of the Dove
by Henry James - Charles Scribner's Sons
A brilliant and sophisticated satire of manners and morals. The Wings of the Dove is an indelible take on the tragic love triangle in which two poor yet ardent lovers seduce a dying woman in the hope that she will leave them her fortune.
(5270 views)

The Turn of the Screw
by Henry James - Project Gutenberg
Before Alfred Hitchcock there was Henry James. The young governess is the only one who sees the ghosts. The book starting out as a ghost story, becomes a psychological horror. A glimpse into the human mind as the ultimate source of evil.
(14376 views)

Roderick Hudson
by Henry James
Roderick Hudson is the story of the conflict between art and the passions; the title character is an American sculptor in Italy. Faltering in both his artistic ambitions and his personal relationships, he travels to Switzerland and dies there.
(8020 views)