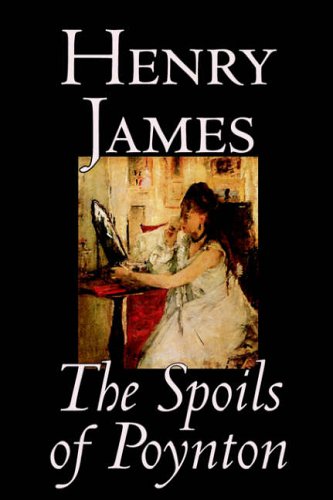 The Spoils of Poynton
by Henry James

Description:
Mrs Gereth is convinced that Fleda Vetch would make the perfect daughter-in-law. Only the dreamy, highly-strung young woman can genuinely appreciate, and perhaps eventually share, Mrs Gereth's passion for her 'things' - the antique treasures she has amassed at Poynton Park in the south of England. Owen Gereth, however, has inconveniently become engaged to the uncultured Mona Brigstock...

The Princess Casamassima
by Henry James - Macmillan
Hyacinth Robinson has grown up with a strong sense of beauty that heightens his acute sympathy for the inequalities that surround him. Drawn into a secret circle of radical politics he makes a rash vow to commit a violent act of terrorism.
(7195 views)

Roderick Hudson
by Henry James
Roderick Hudson is the story of the conflict between art and the passions; the title character is an American sculptor in Italy. Faltering in both his artistic ambitions and his personal relationships, he travels to Switzerland and dies there.
(8135 views)

An International Episode
by Henry James - Harper & Brothers
In this short novel Henry James plays with a major issue of his personal life and of his time and place generally: the interaction between individuals from England and America around the turn of the 19th into the 20th century.
(6320 views)