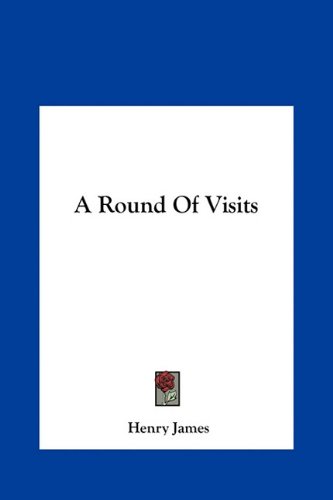 A Round of Visits
by Henry James

Description:
Mark Monteith, returned to New York in March to handle the aftermath of his trusted friend's absconding with his, and many others', money, can find no sympathetic ear but one. And a very strange and tragic one it turns out to be.

Roderick Hudson
by Henry James
Roderick Hudson is the story of the conflict between art and the passions; the title character is an American sculptor in Italy. Faltering in both his artistic ambitions and his personal relationships, he travels to Switzerland and dies there.
(7740 views)

The Tragic Muse
by Henry James - Macmillan and Co.
This wide, cheerful panorama of English life follows the fortunes of two would-be artists: Nick, who vacillates between a political career and his efforts to become a painter, and Miriam, an actress striving for artistic and commercial success.
(6290 views)

An International Episode
by Henry James - Harper & Brothers
In this short novel Henry James plays with a major issue of his personal life and of his time and place generally: the interaction between individuals from England and America around the turn of the 19th into the 20th century.
(5752 views)

The Wings of the Dove
by Henry James - Charles Scribner's Sons
A brilliant and sophisticated satire of manners and morals. The Wings of the Dove is an indelible take on the tragic love triangle in which two poor yet ardent lovers seduce a dying woman in the hope that she will leave them her fortune.
(4923 views)