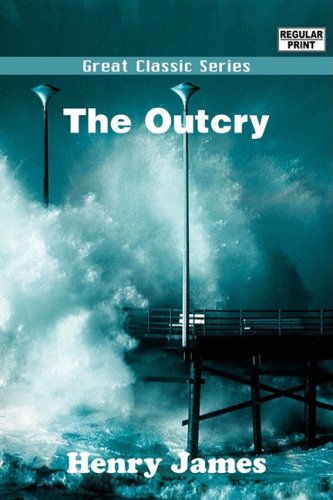 The Outcry
by Henry James

Description:
The Outcry (1911) is James's last novel. He pokes fun at the upper crust in the form of both a wealthy American scouring England for art and a down-on-his-luck British lord looking to separate the Yank from as much of his cash as possible.

Washington Square
by Henry James - Harper & Brothers
A searing portrait of selfishness, cruelty and manipulation that brings a radically new psychological depth to the 19th century novel. A story of hidden emotions, fear of breaking conventions, and hypocrisy resulting from those conventions.
(4758 views)

The Sacred Fount
by Henry James - Methuen & Co.
The action is seen through the eyes of a novelist attending a weekend party at an English estate. As the story progresses, the narrator begins to detect vast changes in his fellow guests as they begin taking on each other's personalities.
(7440 views)

Roderick Hudson
by Henry James
Roderick Hudson is the story of the conflict between art and the passions; the title character is an American sculptor in Italy. Faltering in both his artistic ambitions and his personal relationships, he travels to Switzerland and dies there.
(7765 views)

The Wings of the Dove
by Henry James - Charles Scribner's Sons
A brilliant and sophisticated satire of manners and morals. The Wings of the Dove is an indelible take on the tragic love triangle in which two poor yet ardent lovers seduce a dying woman in the hope that she will leave them her fortune.
(4938 views)