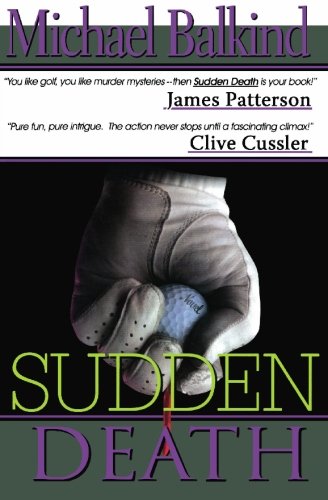 Description:
Reid Clark - a pro golfer on the PGA tour; is also a hothead with a reputation for trouble. Reid receives a death threat right before teeing off on the final day of the Master's Tournament, and hires a P.I. to track down the perpetrator. Suspense builds throughout as Reid tries to compete in one of golfs most prestigious events and woo the woman he loves, while dodging death at every turn.

Black Woods
by Laura Wright LaRoche - Smashwords
Avid mushroom hunters and volunteers with the local Search and Rescue Department, Laura and Julie, remember that first encounter in the woods years ago. Four young men, fun by nature, travel to the woods with high hopes of a hunt they won't forget.
(5411 views)

Their Own Game
by Duncan James - Smashwords
A top secret plan shifts the war on terrorism from the Middle East to Northern Ireland. Major Bill Clayton and his attractive sergeant Catherine Wilson hunt the killer of Clayton's uncle who was involved with Libyan terrorist weapons suppliers.
(6762 views)

The Man with the Clubfoot
by Valentine Williams - P. F. Collier & Son
An espionage/Adventure classic. Williams has penned a thrilling page-turner of mystery, love, adventure, and intrigue. Clubfoot, that sinister figure, who limps menacingly, is one of the most ingenious secret agents in Europe ...
(5749 views)