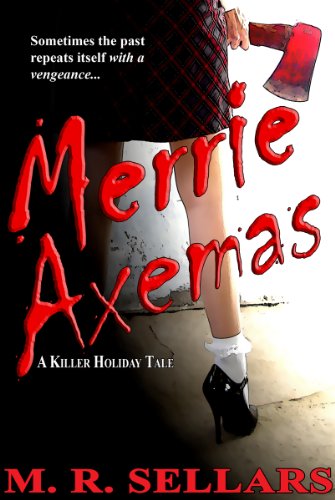 Description:
Little Merrie Callahan is all grown up now. She doesn't believe in Santa anymore. But she still has an axe to grind with the man in the red suit. The book brings you to the edge, taunts you with unanswered questions, and hangs you with an alternate ending.

The Red House Mystery
by A. A. Milne - Project Gutenberg
Set in a country home, the novel opens on a party weekend, with most of the houseguests away from the house. A typical 'locked room mystery', the novel features characters who may not be all they seem to be, acting for mysterious motives.
(9917 views)

From Darkness
by Matthew Benefiel - Smashwords
Robert Drake did not think much of his father's attempt to sway his dreams of becoming an FBI agent, nor the hallucination that took place during that attempt. It was long behind him now and he was bound and determined to make his own way in life.
(6076 views)

Two For Rain
by K.J. Rivera - Smashwords
Self proclaimed private investigators Leah and Sebastian Reyes take off on a quest full of twists and turns to solve the mystery of a missing college student. They will encounter a range of dangerous suspects snared in centuries-old traditions ...
(6038 views)

And Then There Were None
by Agatha Christie
First there were ten -- a curious assortment of guests on a private island off the coast of Devon. Their host is nowhere to be found. For each has been marked for murder. One by one they fall prey. And only the dead are above suspicion ...
(3640 views)