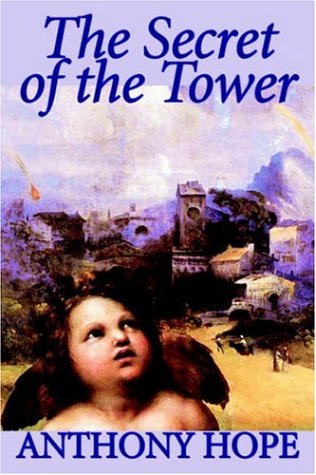 The Secret of the Tower
by Anthony Hope

Description:
A swashbuckling tale of romance and adventure by the author of The Prisoner of Zenda. The Secret of the Tower was published in 1919 and takes place in a little village just outside of London. Something odd is going on in Cottage Tower and the townsfolk of Inkston are trying to figure it out.

The God in the Car
by Anthony Hope - D. Appleton & co.
Next door to Mrs. Dennison's large house in Curzon Street there lived, in a small house, a friend of hers, a certain Mrs. Cormack. She was a Frenchwoman, who had been married to an Englishman, and was now his most resigned widow ...
(3632 views)

Rupert of Hentzau
by Anthony Hope - J. W. Arrowsmith
Foiled in his previous attempts to gain power in Ruritania, Rupert, prince of villains, seeks revenge. Every year, Queen Flavia sends a rose to Rassendyll, the man she loves and when she is indiscreet enough to send a letter, Rupert sees his chance.
(5517 views)

The Heart of Princess Osra
by Anthony Hope - Longmans, Green
The stories deal with the love life of Princess Osra, younger sister of Rudolf III, the shared ancestor of Rudolf Rassendyll, the English gentleman who acts as political decoy inThe Prisoner of Zenda, and Rudolph V of the House of Elphberg.
(3302 views)