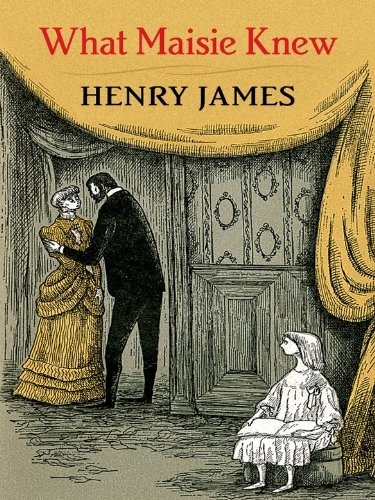 What Maisie Knew
by Henry James

Description:
Strikingly modern in its subject and narrative voice, this 1897 novel centers on a child's view of her parents' bitter divorce. Maisie develops a precocious maturity as she observes the adults' irresponsible and immoral behavior. Rather than a gloomy parable of innocence corrupted, the tale abounds in dark humor and savage wit.

The Pupil
by Henry James - Le Roy Phillips
The tale of a young teacher hired by a 'housefull of bohemians that wanted tremendously to be Philistines'. He's quite taken with his pupil, a young man who returns the affection of his teacher and sees through his parent's social climbing ways.
(8948 views)

The Golden Bowl
by Henry James - C. Scribner's Sons
With a focus on the consciousness of the four central characters, 'The Golden Bowl' by Henry James is an examination of relationships -- familial and romantic -- that explores adultery, jealousy, and the complexities of marriage.
(4965 views)

The Altar of the Dead
by Henry James - Project Gutenberg
A fable of life and death significance which explores what happens when a man tries to keep the remembrance of his dead friends, to save them from being forgotten entirely in the rush of everyday events. He meets a woman who shares his ideals.
(9475 views)