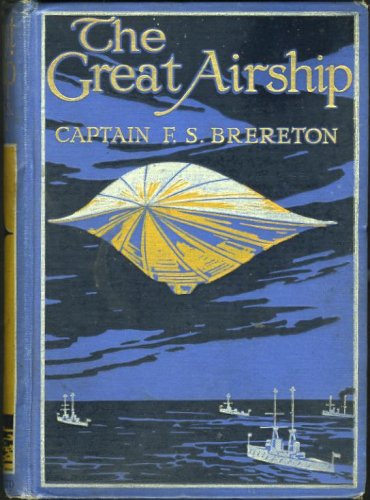 Description:
From those cold and forbidding Antarctic regions the airship rushed towards sunnier climes, and was very soon over Cape Horn. Thence she traced the whole length of South America, passing over the Pacific coast of that enormous continent. She threaded her way above the isthmus of Panama, where the Spaniards of old extracted wealth from the Incas and from the natives of Mexico, and where Drake and men of his adventurous stamp won riches from the Spaniard...

The Swiss Family Robinson
by Jean Rudolph Wyss - Rand McNally & Company
Swept off course by a storm, a Swiss pastor, his wife, and four sons are shipwrecked on an uncharted tropical island. Thus begins the classic story of survival and adventure that has fired the imaginations of readers since it first appeared in 1812.
(10926 views)

The Man Who Lost Himself
by Henry de Vere Stacpoole - John Lane Co.
John Evans encounters his look alike, Malcolm Scott. When Scott is killed in an accident, Evans finds himself mistaken for Scott and decides to do some good in his new role... A novel with twists, turns, mystery and a sense of adventure.
(5764 views)

Saglek
by John Michaelson - Smashwords
In 1969 Lt. Michael Robinson was assigned to Saglek Air Force Station, an arctic outpost perched above the waters of Atlantic. Subjected to extraordinarily severe conditions he began a personal journey of revelation. Based on a true story.
(5988 views)

Under the Andes
by Rex Stout
This early novel by Rex Stout follows two men and a woman on a vacation in the Andes .. a vacation which takes them to a lost world beneath the mountains! This novel is a scientific romance of the pulp adventure variety.
(7085 views)